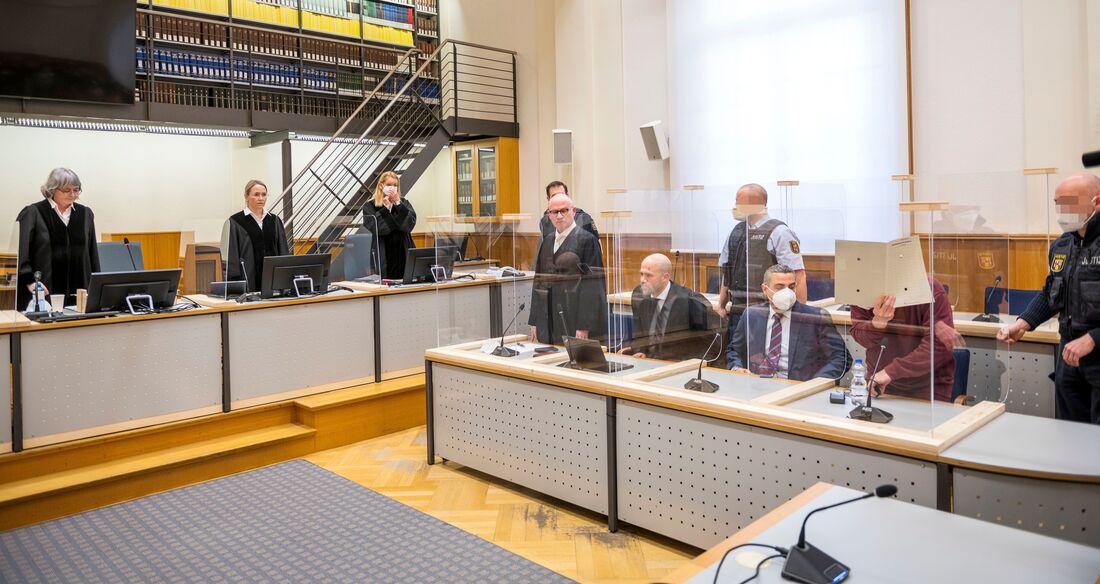 Presiding judge Anne Kerber (left) stands before handing the verdict to Syrian defendant Eyad al-Gharib (right, face hidden under a folder) Wednesday in Koblenz. Gharib, 44, a former Syrian intelligence service agent, was sentenced to 4 1/2 years in jail for complicity in crimes against humanity in the first court case over state-sponsored torture by the Syrian government. 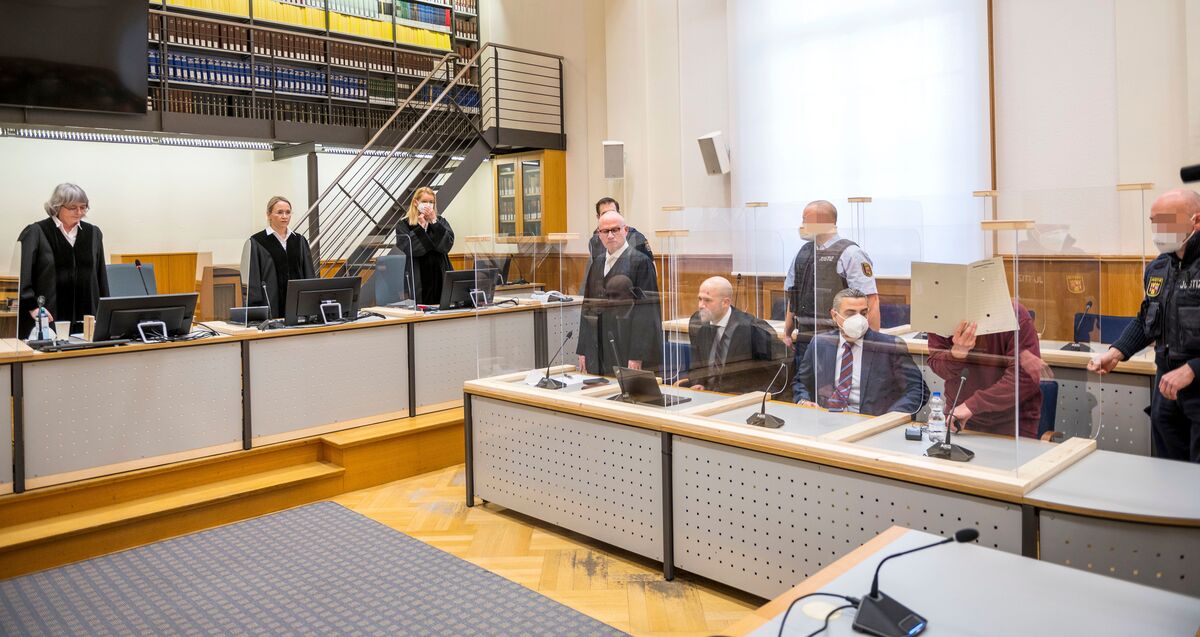