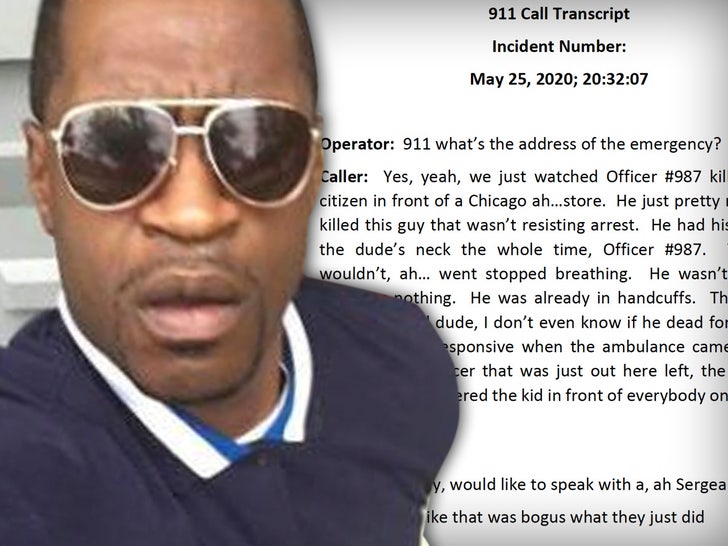 911 callers from the scene of George Floyd‘s killing were horrified, but very clear about what they’d just seen — and it’s more evidence the cops should have seen it the way ordinary citizens did.

The calls came in at 8:32 PM and within seconds of each other. One caller said, “I literally watched police officers not take a pulse and not do anything to save a man. They f***ing killed him.”