By Zoe Zaczek and Bryant Hevesi For Daily Mail Australia

A husband has been charged with murder after his 82-year-old wife was found dead inside their Gold Coast home.

The bloodied body of Robyn Beever is understood to have been found by a family member on Thursday afternoon after they arrived at the couple’s house in Varsity Lakes to check on the pair.

Ms Beever’s husband Max, 82, was also found inside the house and was taken to Gold Coast University Hospital where he remains under police guard.

On Friday morning, police confirmed he has been charged with one count of murder. 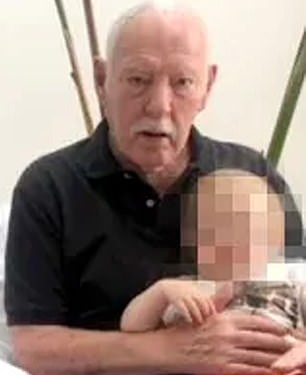 Robyn Beever (left) was found dead inside her Gold Coast home on Thursday afternoon. Her husband Max (right) was also found at the residence and has since been charged with murder

It’s understood Ms Beever suffered significant injuries and an axe was reportedly found at the house on Gerona Circuit.

Police earlier said the 82-year-old’s death was being treated as suspicious.

Detective Inspector Chris Ahearn on Thursday said they were in the early stages of their investigations and he was unable to confirm how long Ms Beever’s body had been in the house.

Initial investigations suggested neighbours did not hear a disturbance at the suburban family home before emergency services were called.

The couple had lived on Gerona Circuit for almost 20 years, with no reported history of domestic violence between the pair. 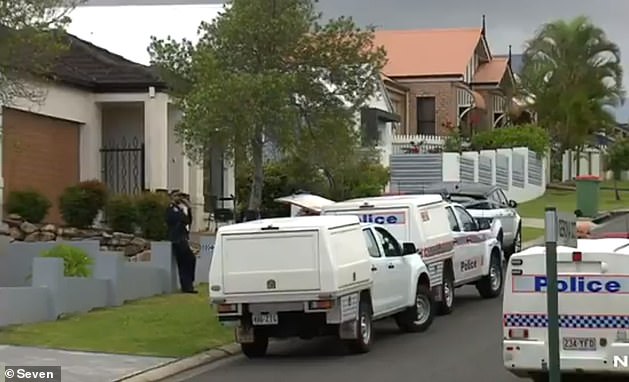 Police (pictured at the scene) were called to the couple’s home on Gerona Circuit, Varsity Lakes, about 1:30pm on Thursday

The death has left the neighbourhood reeling in shock, with residents describing the pair as a ‘typical old couple’.

‘I just can’t believe it, this is the sort of street where everyone says hello,’ one woman told the Gold Coast Bulletin.

Kamen Nepia, who lives three houses away from the couple, said her family would always wave at them as they passed their home.

‘They always had the garage open and were sitting in there. Like typical old people they were always fussing over their house,’ she said.