Spread the love
A number of small rallies have been held in capital cities across the country in protest of the coronavirus vaccine.

In Victoria, where the state has just emerged from a snap five-day lockdown, pepper spray was deployed and a number of arrests were reportedly made. 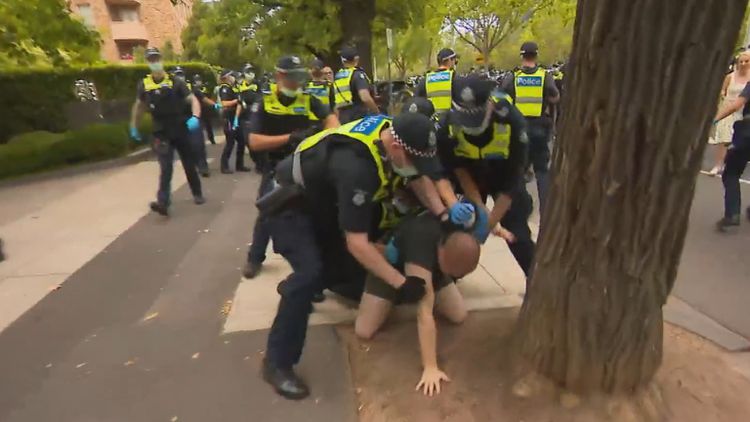 Protesters gathered in Fawkner Park in South Yarra this afternoon before marching down St Kilda Road.

Video shows a number of people being arrested, and some people in the crowds were pepper sprayed.

Victoria Police were unable to provide information about arrests and charges when contacted by nine.com.au.

Meantime, in Sydney and Brisbane, the protests were largely peaceful, police said.

A few hundred people gathered in the Domain in Sydney’s CBD, while protesters met in the Brisbane Botanic Gardens.

A small march was also held in Adelaide, and one in Perth.

Australia’s COVID-19 vaccine roll out is due to start on Monday, with frontline health and quarantine workers first in line.

Residents at aged care facilities across the country will also be some of the first to receive the vaccination.